What Happened to the Netflix Rating System? 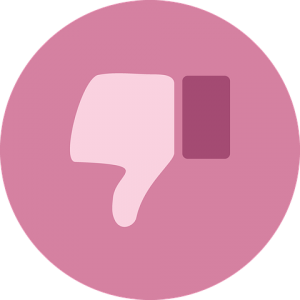 Thumbs Down to Netflix

Why don’t I like the new thumbs up and thumbs down rating system?  Two words.  The Lobster.  It came with a high percentage match for me, and I don’t know why.  I was very surprised to find it has a 7 to 10 out of ten rating on other sites.  For me it was a serious thumbs down.

I demand my stars back.  Not just mine, but others.

I have already learned the hard way that if a movie or program is listed as one star then that rings true as I won’t like it.  I have also learned the hard way that I don’t much care for anything rated two stars.  I have much higher odds of liking a movie with 3 or 4 stars, and then of course it is incredibly difficult to find anything over 4.5 stars, but I would love to watch anything with a rating that high.

Many of us have watched a bad movie through just to find out what happens.  I’m older and wiser, and I do just fine not knowing what happens because in reality I do know what will happen.  The rest of the movie won’t get any better, and I have wasted more of my time.  Gotta eat crow here, I did watch The Lobster through to the end.  Go back two sentences and repeat.

Speaking of wasting time, now I have to open another instance of the great world wide web to search for a rating for movies that I might want to watch, including those being recommended to me as a thumbs up.

The yeah/nay system is too simplistic and isn’t working.  I certainly already don’t trust it.  I also don’t want to fill out a quiz after each viewing.  I just need a little more information.  Hmmmm, what to do. . .

Hey, I have a great idea.  Bring back the stars!