Al Franken’s political career:  Over.    Could he go back to comedy?  Probably not.

Aha, a role reversal.  What could it mean?  Is this political comedy or victim shaming?  Does it make fun of women’s rights?

Women have a hard time being on the same par as men when they are breaking into areas where men are in power.  I get it.

There are things people of different genders and races can do and say that are not taken seen as offensive when said about themselves.  Only black people can use the “n” word, women can use the “c” word.  White men can talk about trailer trash and hicks.

These words take on different connotations depending on whose mouth they are come from, and therefore, intent.

Oprah Winfrey has talked to women about their breasts, including asking to touch a woman’s breasts, getting permission to do so, and this was broadcast on daytime television.  Could Dr. Phil get away with this?  No.  Plus, he knows better. 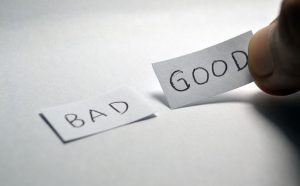 Dave Chapelle can spew the n word every third word.

Chelsea Handler on her Netflix comedy show has said that women can call her the c word, but not men.

The picture of Al Franken and Miss Tweeden gets taken differently because it more easily viewed as putting women down, subjecting them to not being taken seriously, and making them the lowest common denominator sexually.

When we view the picture of Bill Maher fake fondling Bob Saget’s breasties, we don’t read into a back story of perceived or viable sexual abuse and harassment.

There was a time when bad press was viewed as any press is good.  Ya gotta appreciate the huge balls of Bill Maher.  With the #metoo movement, when you make a move like this, you better be damned sure your reputation with the ladies, and the men, is squeaky clean as we are watching career ending epics play out in the media.

As for my reaction to the picture of Bill Maher and Bob Saget. . .  I laughed out loud.