Hillary has spoken out about her failed campaign for the presidency.   She blames Putin, Comey, and misogyny. 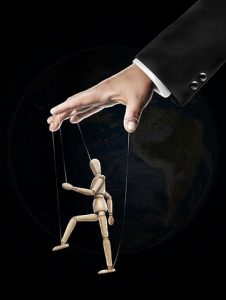 So, yeah, Putin rigged our election.  He is hanging out in Russia pulling puppet strings.  Whatever.

Comey did come back out at a critical time in the presidential run to say Hillary was under investigation (again), but who started that ball rolling?  She is still lucky ducky not to be in prison.

Misogyny?  Please, girl.  The leader of the free world isn’t all about pussy power.  People are much more interested in taxes and health care issues.  It eludes me how this woman is taken seriously by other women righters when she is married to Bill “do me” Clinton.

Did Hillary notice that the male presidential candidates also discriminated against each other?  And I mean hard.  While even some Republicans still hate the Trump, they understand the game.  Running for office is brutal no matter your gender.  This is not the place to play the woman card.

So, go ahead, write your book, make some millions and carry on.  I wonder if your years and years as a shady politician will get a mention as to why the campaign failed.  I can’t help but be reminded about poor Hillary who left the White House after Bill’s reign was over, broke, and not knowing what to do.  It was not a sad, but rather a sorry story.

One final point on the death of this woman’s presidential bid:  She should have reviewed the way the Electoral College works.  Hillary missed stumping in some key swing states toward the end that went the way of the Donald.

It is a numbers game.  And, we all know that men are better at math.