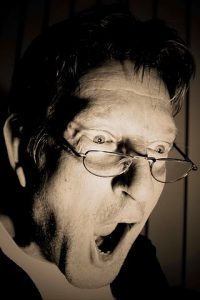 Your point is lost, fool.  Bernie backed out on you.  Democrats cringe from your name, as do Republicans.  No one can support this idiocy.  You friends and family are shocked, astonished, embarrassed.  Too bad both parties can’t tell you this in person, you dead fool.

I would love to argue taxes with you.  Specifically that rich people, no matter under a Democratic or Republican presidency, will have heavy influence with their contributions as to why and how they shouldn’t be taxed, and put into action all sorts of loopholes.  I would again argue for the national sales tax and how it puts everyone on the same page.

But we can’t discuss that, because you are dead.

First of all, appreciate the irony of a Democrat with an assault rifle.

Secondly, said maniac actually brought Democrats and Republicans together, how temporarily the time remains to be seen.  I’m not sure if this scumbag had military training, but if he did, he is a bad shot.  Thank goodness for that.

In these rough political times, both Democrats and Republicans are receiving death threats and are in fear for their lives.

Who is behaving badly?  Democrats cry foul, Republicans cry foul.  And, there is evidence

of both.  Who’s zooming who?

We are all sick and tired.  It doesn’t mean anyone should be shot.