Louis Farrakhan has Sold Out to the White Man

You can’t make this stuff up, people.

I’m not that familiar with the NOI, but I have heard questionable and overtly hateful speech against whites and Jews. This had led to my perception that this organization is more of a fringe-type extremist group for black people. Yet, I can’t blame the black community for espousing principles of independence and a non-reliance on the suppressive white man.

On the other hand is the fringe-type extremist white assembly with no history of discrimination, except toward ex-members. This group led by white man, David Miscavige, only persecutes their own.

That is why my jaw dropped upon finding that Louis Farrakhan, leader of the NOI, has embraced Scientology and is incorporating white-bred practices into his group.

Marrying the teachings of a white, criminally insane sci-fi writer with no belief in God or any other religion (L. Ron Hubbard), with those of a black society where the tenets of Islam are practiced to include a belief in Allah just doesn’t jibe.

At the end of the program, a clip of Mr. Farrakhan is shown where he criticizes Ms. Remini and her rampage against Scientology. She responds directly to him with words I felt were too kind. She asked him to question hurtful principles of her old cult, specifically the destruction of familial bonds. 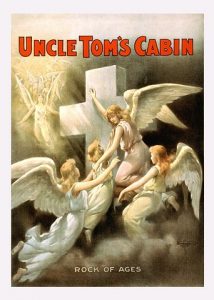 I would be more frank in calling a spade a spade. Not only has Louis Farrakhan hypocritically encouraged white people to infiltrate his group, including kicking out black members who question this move, but he is pushing whitey on his own black brothers and sisters.

Talk about a sell-out.

I can only guess how much that cost.

If you want to get rich, you start a religion. – L. Ron Hubbard

Naturally, when one makes progressive steps, there may be some who see it as a betrayal of their goals and interests. – Louis Farrakhan

The only way you can control people is to lie to them. – L. Ron Hubbard

I think that ego-driven leaders will be a thing of the past because the masses are tired. – Louis Farrakhan