Am I the only guy that has an odd inseam?

At stores and online, jeans tend to have even inseams.  That might not be so bad if we were on the metric system, but this jump takes me from high water nerd to a sloppy slob in two inches.

Yeah, I have found an occasional odd inseam which lengthens my arousal, but then I am quickly funneled into a lack of style and color choice or to something that is way too expensive.  I am down to two choices at best.

The same can also be said about waist sizes that are slightly off.  Your next two inch choice could mean the difference between the sixties and plumber’s butt.

This is my proposal.

Someone. . .  anyone out there. . .   Please make a jeans only website.  There doesn’t have to be an insanely large selection of varieties and colors.  Leave that for the ladies.

This is a website for men’s jeans only, sold by the inch for both waist and inseam.  Forget that generic small, medium, large sizing chart which fluctuates widely and is the bane of everyone’s existence.

Imagine if every shopper knew, no matter the size of the man being shopped for, there would be five or ten choices available.  I don’t see why this wouldn’t be hugely popular.

Just don’t get stupid.  These aren’t fancy high buck duds.  If you are that guy who irons his jeans into front creases and hangs them up as if they were dress pants, then this isn’t the place.  By the way, it’s time someone told you that creased and hung jeans aren’t dress pants.  You’re embarrassing yourself.

A man’s man knows that jeans should generally cost $20-$30 for an average sized dude.  Bigger jeans cost more.  You want to include jeans for boys?  Fine.  Those should be cheaper.

Make ‘em yourself or coordinate with other companies.  I don’t care. 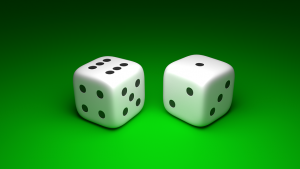 Know that I will be your first customer.

The odds are in your favor.