A man fleeing the Salt Lake police in a high speed chase hit the vehicle of another man who I will refer to as Mr. Unconscious Victim, and the original fleeing man died.  The police wanted a blood draw from Mr. Unconscious Victim to see if he was possibly under the influence as if he had any responsibility solely because he was involved in the matter.

In any event, the hospital, including the nurse, has to abide by the law.  Unfortunately for nurse Alex Wubbels, the attempt of explaining the law to dumbass Payne proved to be an impossible task.

While on the phone with her superiors, and with numerous witnesses present including hospital staff and other polices officers, Wubbels clearly and succinctly gave this braggadocious idiot three acceptable ways of obtaining blood.

Consent of Mr. Unconscious Victim was certainly not an option.  The best option available was to get a warrant, which is quite dubious as he was just the victim of an accident caused in part by the high speed police chase.  Arrest of Mr. Unconscious Victim is also out of the question as he wasn’t the perpetrator in any sense, and certainly couldn’t profess to understand his Miranda rights.  However, this nincompoop Payne-in-the-ass cop came up with his own bright idea number four of arresting the nurse.

This moron just couldn’t understand or comprehend hospital policy written in accordance with the law as was being presented verbally, and in writing by Wubbels. 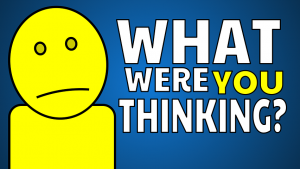 Had Wubbels drawn blood, Payne would have been happy, but this blood work, even if sketchy would be inadmissible.  Hasn’t dumbo Payne heard of this term?

Now the police department has apologized on his pathetic behalf to the nurse, the hospital and the community.

If I were nurse Wubbels caught in the middle of this snafu between bureaucracies looking to lessen the impact of this erroneous situation, I would be looking forward to a quick and easy payday.  In filing a lawsuit, someone might need to explain to Payne the use of wording such as unlawful detention, wrongful arrest, and assault of a hospital employee just as starters. 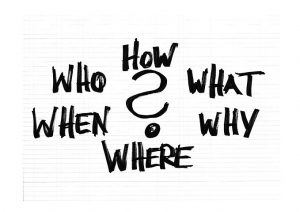 I also hope for a full recovery of Mr. Unconscious Victim.  He has a very legitimate lawsuit on his hands, and if he doesn’t make it, his family can still pursue a court case.  Hello Salt Lake.  It has been tried and tested that high speed police chases lead to the deaths of unsuspecting civilians.  Police are advised to back off and need I remind you there are options available namely helicopters and nowadays drones.

The police department claims this dolt has been taken off the blood drawing task force.  He should be taken off the police force.  Why?  Because he can’t control his anger and remains a huge liability for the police department.  Every single arrest and action made by him will be brought into question.  The continued employment of this individual is a severe detriment to the credibility of this department when everyone who has seen this viral video sees it as a no brainer.

I’m also sure the general public has great confidence that all of the officers involved in the high speed chase were also subjected to blood draws.  Yeah, right.

In fact, Wubbels should have drawn blood from Detective Payne.  However this probably wouldn’t solve the matter.

What really needs to be tested is his IQ.