Another program I watched depicted women talking about being paid for fetish videos, including engaging in a very forceful oral act to the point of vomiting and then being made to lick said vomit.  How sexy. 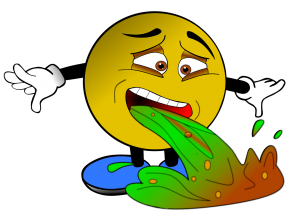 What freak gets turned on by this crap?

One of the paid male talents being directed (at least with the woman’s permission) to perform a “fishhook” (insert finger into mouth and pull back hard at cheek), force her head into pillow, grab throat, pull hair. . .  even he said he was concerned about teenage boys watching this sort of thing and thinking you can do this to women, when in reality you can’t, you shouldn’t.  No, no.  Won’t go over well, isn’t sexy, isn’t romantic, certainly isn’t conducive to another date or encounter, might have legal repercussions, need I go on?

I hope I’m not wrong.