Spoiler alert: Pan out and we see that this woman is sitting on the toilet with her underwear around her ankles, which pretty much spoils any previous thoughts one might have had about this hot blonde.

As a side note, we see this in movies all the time, but does anyone really pull their underwear all the way down to their feet when copping a squat?

No matter, this ad was for V.I.P. spray, something to do with Very Important Poopers. This was a joke, right? 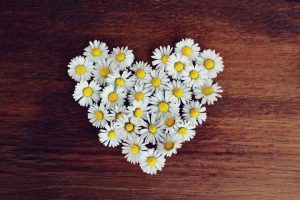 The graphics showed little, brown, heart-shaped chunks emitting odors in the form of flowers. Surely my brain was deceiving me. This had to be an ad for doggy treats.

But, no. It turns out that everyone needs to buy a bottle of magic, which should be sprayed in the toilet bowl before letting loose, to prevent any odors. The theme specifically targeted one’s fear about having to lay-a-loaf in the middle of a pleasurable evening with that special someone.

There was no mention of how to deal with containing any odor that emanates between the sphincter and the surface of the water during the activity of giving birth to a marine. While this lapse in potty science is amusing, nothing compares to the catch-phrase.

I laughed so hard, I nearly shit myself.