The dumbocrats are at it again.  They are wasting their time trying to get The Donald to release his tax returns.  I don’t know why he won’t but let’s say he did.

News Flash: Insanely rich man made an insane amount of money.  It’s shocking!  But the people just want something else to be angry about, namely an insanely rich man who probably didn’t pay as much taxes as they feel he should have.  How dare he take advantage of loopholes that we all wish we had.

Seriously, who doesn’t want to pay the government more in taxes?  I’m sure we all do.  Not!

So, dumbocrats, I beg of you, please spend your time on something more constructive.  Why not appeal to Mr. Trump for a national sales tax?

Stop letting the government classify us into segments of the population with according tax rates.  The rich are supposed to pay more, but it turns out that the rich have more money so they can afford the best accountants who find more write-offs because they take advantage of loopholes that have been around way before Mr. Trump became POTUS.  Whew!  I’m outta breathe.  BTW, there is a reason these loopholes exist.

We need to stop pointing the finger at everyone else.  We are playing right into the rich man’s hand.

A national sales tax would have many benefits.  Not only would the rich pay more, because the rich spend more, but it makes everyone pay, from the illegal alien to the drug dealer.  The best part is when it comes to raising taxes, EVERYONE would bitch and gripe.

If you silly protesters really want to fight a good cause, stop letting the man effectively pit us against each another.  Because when the people bitch, they should bitch together. 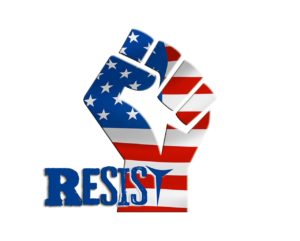 Please file your complaint with your taxes today.