Warren:  An ironic name for the man who is the leader of people with lemming-like mentalities who breed like bunny rabbits on designated plots of land.  Mr. Jeffs continues to lead the Fundamentalist Church of Jesus Christ of Latter Day Saints (FLDS) from his jail cell since he was convicted of child sexual assault.  The FLDS are a self segregated group of nuts who dress oddly, have a male hierarchy, and marry too many closely related (and interrelated) women, including having “marital” sex with underage girls, all in the name of God. 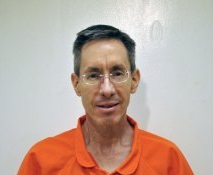 But, let’s not be the hypocrites that we are.  I’m sure Warren Jeffs feels the burn of religious persecution.  Look at things from his point of view.  He might point out that numerous Americans have extramarital affairs and even conceive “illegitimate” children.  They file for divorce at unprecedented rates and then argue over who gets the children.  Isn’t this ungodly?

You can’t accuse FLDS men of going outside their marriages, because they are married to everyone they are having sex with.  If a woman cheats and is able to keep it on the down low. . . well, her husband probably won’t notice that one more web-toed kid is any different from the 48 others that call him Dad.

It was when his father passed away that Mr. Jeffs assumed leadership of this cult, and he took on almost all of his father’s wives, hopefully not including his own mother.

Straight out of the bible, yo!

These FLDS men truly put their family first in a way that non-incest practicing Americans just don’t appreciate.  It brings a whole new meaning to the saying, “actions speak louder than words.”

If a woman tries to fight the power, she can be severely punished, cut-off and banished, never to see her children again.  This a deserving justice for her lack of gratitude.  Being told what to wear, what to do, how to act, who to marry and at what age really takes the pressure off.

A lot of men, particularly young men, are also banished.  Otherwise, the math wouldn’t work out.

The FLDSers reject the evils of modernity.  There is no internet, no television, and no music allowed, save for sung hymns.  Only men can wear pants.  Sound familiar?

Mr. Jeffs should seek asylum in a more accepting country.  If he were willing to tweak his religion a little, he and his minions could probably gain admittance to a new promised land in at least one of several countries where the mainstream culture would welcome this brainwashed bunch.  This would have the added benefit as emigrating FLDS folk would make room for immigrating Muslim polygamists, self segregated compound already assembled.

Warren Jeffs can still practice his religion, but he has lost his freedom.  I don’t see anyone fussing about inherent rights or the First Amendment as the state and the feds continue to chip away at this odd group of ducks.  It is unfortunate that these poor, persecuted people already reside within the United States.  Otherwise, you could be sure Americans would be at the airport protesting and screaming, “Let them in!”

Out with the old, in with the new.