What is The Politically Correct Word for Retarded?

This blog is inspired by an incredibly lame statement by Alexandria Ocasio-Ortez aka AOC. Her tweet as follows:

The far-right loves to drum up fear & resistance to immigrants.
But have you ever noticed they never talk about what‘s causing people to flee their homes in the first place?
Perhaps that’s bc they’d be forced to confront 1 major factor fueling global migration:
Climate change. 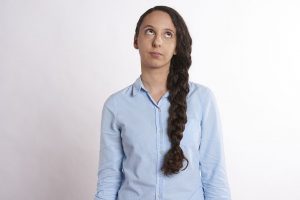 So, what can we call the AOC. . . Stupid? Dumb? Mentally slow? Dim-witted?

Without even touching legality or politics, imagine how serious the situation must be that desperate parents would fathom sending their young children alone on an incredibly dangerous cross-country journey to a potentially better land due to . . . dumb roll please . . . climate change.

Seriously, this Alexandria Ocasio-Ortez woman is a full-blown tard. Calling her retarded would be an insult to the mentally challenged.

Perhaps AOC’s IQ should be tested, but as I recall, intelligence is not a prerequisite for members of the Congress.

She is what she is.