Why You Should Fear God: Because He Is Mean

I finally finished reading the tedium called the Bible.

I have learned that everything said in the Bible can be undone by a different passage elsewhere in the Bible, sometimes as close as a sentence or two away. 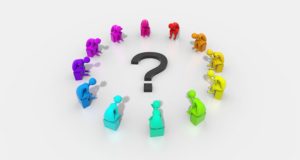 Rules in the New Testament pretty much say you no longer have to follow a lot of the rules of the Old Testament.  There is just more contradiction and confusion.  Many times you are forced to ask, why did He let that happen?  Sometimes He intervenes, and others times not, and then He blames the man.  From time to time, we all like to blame the man, but this case is different because He made the man.

Funny enough, one common good theme throughout the Good Book is to be nice to the homeless, widows, and orphans.  Note to pink pussy hat wearers, there isn’t much pussy power going on in the Bible.  There are whores and prostitutes, there is woman blaming, and woman shaming.  Men are allowed to have numerous wives and concubines all at the same time.  Schwing!

As in my original thoughts, I still see that God is mean, mean, mean.  He declares over and over and over again how great things will come to those that fear him, but then he turns on a dime and threatens you over and over and over again with a painful demise if you stray from Him.  It is like reading about the beating of a dead horse.  It is also hard to feel the love.  I’m pretty sure he would score 100% on the abusive man test.  Even I was confused – should I love Him out of fear . . . or fear Him with love?

After reading Revelation, I couldn’t help but wonder if this vision was written under the influence of some powerful hallucinogen, perhaps moldy manna.  By the end, I saw that we came full circle from the beginning to the end of God’s wicked experiment with man.  It was flawed. 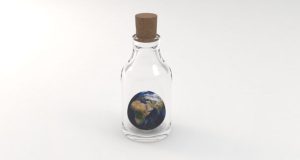